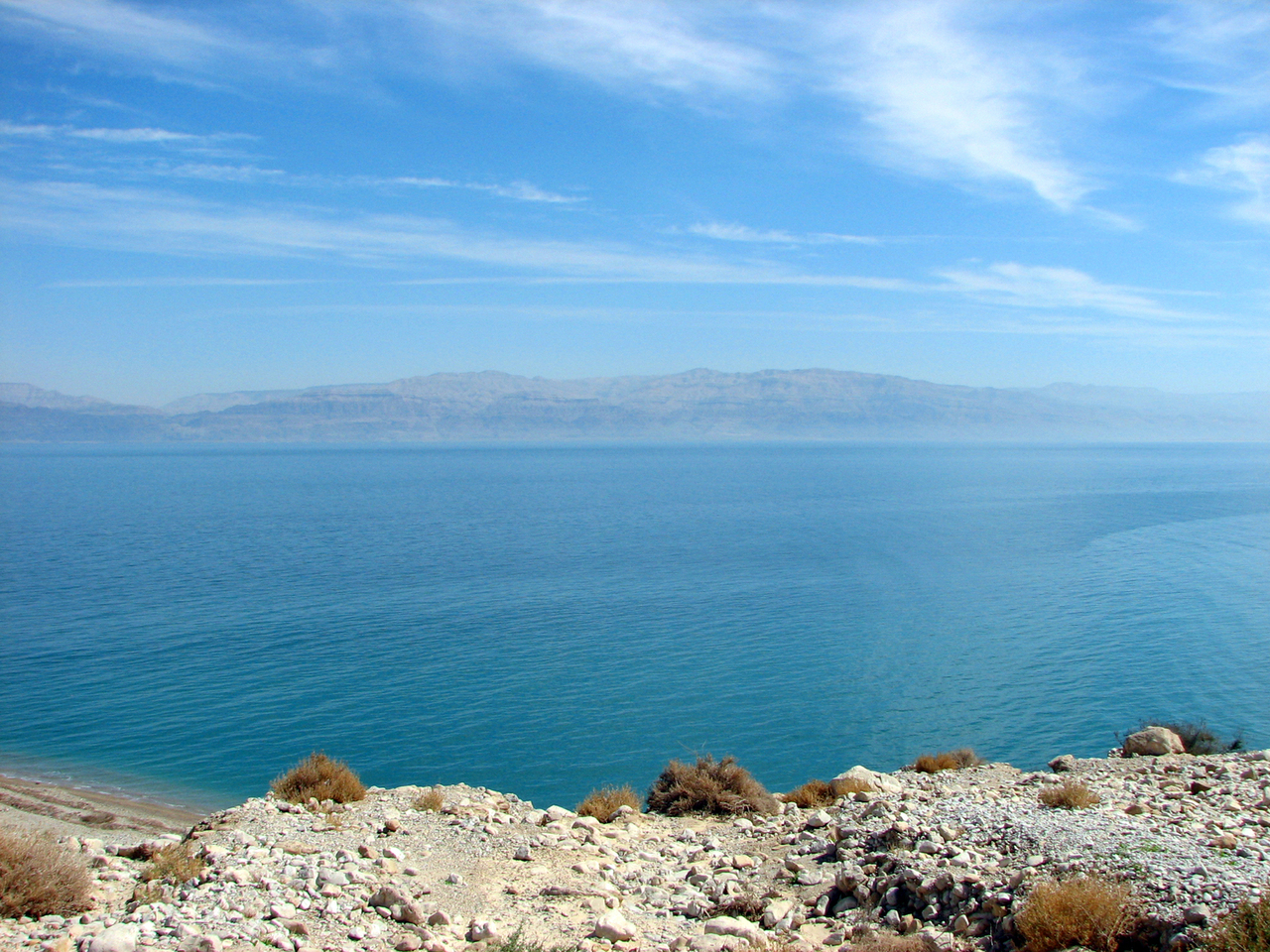 Welcome to the project site of the SALAM initiative. This initiative is a unique ongoing multilateral research project, funded by German Federal Ministry BMBF, on water transfer strategies and transboundary water management in the Middle East together with Israel, Palestine and Jordan. Here you can find more detailed information about the SALAM initiative as well as achieved research results, including information about developed strategies, methods and tools for IWRM implementation in the region. The site is continuously updated according to the work progress.

The Middle East is one of the driest regions in the world and has to cope with increasing water deficits. The scarce freshwater resources cannot meet the ever-increasing demand for water; the vital groundwater resources are already heavily overexploited and their quality impaired by salinization. In addition, ongoing political tensions in the region make collaborative water management challenging. In order to avoid an escalation of the regional water crisis, the SALAM consortium, together with partners from Israel, Jordan, and the Palestinian Territories, is focusing on transboundary water transfer strategies. The required freshwater can be obtained through seawater desalination both on the Mediterranean Sea and on the Red Sea, from where it would be transferred to regional demand centers. The BMBF-funded SALAM Initiative was instigated by the Georg-August-University of Göttingen and the German enterprise Rusteberg Water Consulting.

In Palestine and Jordan, freshwater resources are almost exhausted. The areas are therefore urgently dependent on imported water to meet their needs. According to forecasts, this demand will continue to rise sharply in the coming years. This means that unless countermeasures are taken, the regional water crisis will expand. Israel, on the other hand, has been investing heavily in the construction of seawater desalination plants for about 20 years in order to secure the national water supply. The plants produce more than 700 million cubic meters of freshwater per year. This supply is complemented by a comprehensive wastewater reuse program. Israel is thus able to mitigate the effects of increasing drought periods.

The first phase of the SALAM Initiative, funded by the German Federal Ministry of Education and Research (BMBF) as part of the SMART-MOVE project, showed that the enormous water deficits of Palestine and Jordan could be offset in the future by building more seawater desalination plants on both the Mediterranean and the Red Sea. Five transfer options for water production and distribution in the region were identified.

The second phase of the SALAM Initiative directly builds on these results. The involved partners identify the expected water deficits in Palestinian and Jordanian demand centers and develop regional strategies for the transboundary transfer of desalinated seawater and its management. A coordinated interplay of technical facilities and management concepts for the extraction, distribution, intermediate storage, and reuse of water is intended to compensate for deficits in a sustainable and cost-effective manner. The regional water strategies also contribute to support climate change adaptation measures, restore ecosystems, and promote political stability in the region.

Mix of technologies, infrastructures, and concepts

The SALAM Initiative is divided into three closely linked central work packages. In the first one, researchers are investigating technologies and infrastructures that support the implementation of regional water strategies. For example, the SALAM Initiative is developing a simulation tool that will allow innovative technologies for seawater desalination to be best combined with renewable energies in accordance with economic and environmental goals. Other important components of the water strategies are so-called SWAP concepts. An example would be the “exchange” of Jordanian solar energy for Israeli drinking water from seawater desalination. SWAP agreements for water and energy between partner countries increase economic efficiency and have a confidence-building effect.

The second work package in the SALAM Initiative builds on the results on regional water infrastructure development. It examines how to manage freshwater imports in conjunction with surface water, groundwater, and wastewater resources. Increased wastewater production from the import of desalinated seawater primarily benefits irrigated agriculture. However, the controlled transfer of purified wastewater to the Jordan Valley could also be used to stabilize the Dead Sea, which is threatened by decreasing water levels. In addition to surface reservoirs in the region such as Lake Tiberias, the researchers are investigating the extent to which aquifers can act as temporary reservoirs. With underground storage, imported water can be made available seasonally and independently of peak demands. For these investigations, the project team uses groundwater flow models, among other tools.

In the third work package, the SALAM consortium evaluates and compares regional water transfer and management alternatives in consultation with national stakeholders. The focus is on costs and economic viability as well as on social, environmental, and political factors.

The findings are incorporated into a web-based information and expert system that supports the implementation of SALAM results at the national and intergovernmental levels. Users are primarily the national water authorities. Used collectively, it creates the basis for trust-based cooperation in the water sector. The SALAM Initiative thus takes a decisive step forward in solving the water deficit problem in the Middle East and reducing political tensions, at least those caused by water scarcity.